The aviation industry has seen rapid growth over the last 30 years with aircraft such as Boeing 737s and Airbus 320neo ruling the aviation industry. They offer carriers with smaller, more fuel-efficient aircraft that are capable of flying greater distances. Globally, a majority of passenger flights are operated by Boeing and Airbus, allowing them to continue their duopoly in the industry.

The 737 MAX 8 model, released in January 2016, offers a 14% fuel saving feature and is Boeing’s competing aircraft in the mid-sized plane segment when compared to competitors – Bombardier and Airbus. Because of its popularity, Boeing estimated the aircraft to deliver above average profits, leading to the upgrade of offerings in the 737 MAX fleet.

Boeing’s commercial aircraft account for about 60% of its total revenue, with the 737s alone accounting for about 25% of the total revenue. The cost of the Boeing 737 MAX is approximately US$121.6 M, generating about one-third of the company’s profit. Boeing secured 4,661 orders of the Boeing 737 MAX by the end of January 2019, representing almost 80% of the company’s orders. To increase the momentum, Boeing planned to increase its monthly production pace to 57 aircraft, up from 52 and in line with its delivery of 905 aircraft, up from 895.

In 2018, the company saw extraordinary profits at US$12 B, an increase of 16% over the previous year, revenue increasing by 8% to US$101 B, and expenses by 6.4% to US$81 B. Boeing attributed its profits to the delivery of 806 commercial aircraft. Unfortunately, in October 2018, Lion Air Flight 610, a domestic flight operated by Indonesian airline Lion Air crashed into the Java Sea 12 minutes after takeoff, killing all 189 passengers and crew. It was the first major accident involving the new Boeing 737 MAX series aircraft, introduced in 2017, and the deadliest involving a 737, surpassing Air India Express Flight 812 in 2010.

In March 2019, international passenger flight Ethiopian Airlines Flight 302 (Boeing 737 MAX 8) crashed six minutes after takeoff, killing all 157 people aboard. The Boeing 737 MAX 8 model is one of the newest aircrafts in Boeing’s commercial offerings, and the newest of the Boeing 737 fleet. Following the accident, the 737 MAX series of aircrafts was grounded by various airlines and government regulators worldwide.

Since the crash of the Ethiopian Airlines, Boeing has been going through its worst ever crisis. These mishaps triggered several countries and carriers to ban or ground the entire fleet of approximately 400 flights, including India, China, the UK, Indonesia, Singapore, and Australia. Although the US allowed it to function longer than other countries, it eventually joined the others with an indefinite grounding of the 737s.

Boeing faced immense criticism on the similarities between both air crashes, which indicate a possible defect in the aircraft itself, significantly damaging the company’s reputation. The investigation into the cause of the crashes is presently ongoing by the Federal Aviation Administration (FAA) and the US Department of Transportation, which ordered an audit for the certificate awarded to Boeing’s 737 MAX in 2017.

Ethiopian authorities revealed that its crew followed all necessary procedures and that the system should be reviewed by concerned parties. The incident has portrayed both Boeing and the US aviation regulators in a very negative light across the world.

Boeing is presently framing a software fix to resolve the issue. Boeing is expected to roll out its software upgrade by the end of the year. If the FAA agrees that the software upgrade settles the safety concern, the ban may be lifted despite foreign regulatory agencies pursuing their investigations. This would come as a relief to Boeing and its suppliers.

With the indefinite grounding of 737s, globally, airlines operators have had to cancel or reschedule flights. Additionally, airlines have been trying to secure aircraft to replace their fleet of grounded 737s. The financial cost for this is approximately US$250,000, implying additional costs to the airlines. Market experts estimate that Boeing may have to provide compensation of ~US$100 M per month to reimburse the airlines. This is aside from the cost Boeing would incur for the software fix and other modifications.

With the suspension of deliveries, airlines operators would likely halt their payments to cover Boeing’s manufacturing expenses. However, Moody’s recently affirmed Boeing’s long-term rating at A2 and stated that it believes that the company has significant financial resources (US$8.56 B of cash as of December 31, 2018) to enable it to restore the effects of the global grounding of its MAX fleet.

Risks and Potential Impact to Boeing

Boeing is at the center of financial, legal, and political chaos with its reputation at stake.

The two crashes have hit Boeing financially, mainly due to the grounding of its entire 737 MAX fleet. In July 2019, Boeing announced that it recorded an after-tax charge of US$4.9 B (US$8.74 per share) in connection with an estimate of potential concessions and other considerations to customers for disruptions related to the 737 MAX grounding and associated delivery delays. Previously, in April 2019, Boeing announced that its bottom line, to an extent of US$1 B, was affected from the grounding of the Boeing 737 MAX 8.

With airlines demanding fuel-efficient aircraft, especially medium-large narrow-bodied models, the demand for airplanes like the MAX 8 is not expected to come down. Airbus A320neo is the main competitor to the MAX planes. In February 2019, Airbus announced a backlog of 5,800 orders for its A320neo. Even with its increased production pace planned for 2021, the company is expected to produce only 725 jets a year. At this pace, Airbus would take around eight years to complete its existing orders. Considering this scenario, it is unlikely that airline operators that have placed orders with Boeing would have a reasonable alternative.

Supply Wisdom has been continuously monitoring the situation for clients and alerting them about potential risks. Already, Supply Wisdom’s Financial Risk for Boeing has jumped from Moderate to High in its latest quarter following the incident.

While the event is unlikely to threaten the company’s business or the future, there are further risks ahead. Regulators are awaiting Boeing to roll out the software fix for the fleet. Even after FAA’s approval of a new software fix, countries like China, Canada, and the European Union have stated that they would also individually certify 737 MAX before allowing the plane to fly. Needless to say, regulatory costs and time-to-launch will increase.

As of now, FAA has still not certified the planes for flying again. Boeing has announced that it will suspend production on 737 MAX indefinitely from January 2020, which could have long lasting effects on its supply chain. And the long drawn out situation is starting to have other effects also:

Moody's & S&P downgrade #Boeing credit rating. S&P cites the possibility of new #supplychainrisk due to 737 Max delays and also revises its management and governance assessment on Boeing to fair (from satisfactory). #RiskAlert #ThirdPartyRiskhttps://t.co/ShwivZ0CET

To round off a difficult December, Boeing decided to replace its CEO Dennis Muilenburg. Muilenburd has been CEO since 2015. He will be replaced by David Calhoun, board member since 2009, in January 2020.

Boeing replaces CEO, citing a need to 'repair relationships with regulators, customers, and all other stakeholders'. How will the company navigate a potentially difficult 2020? https://t.co/KBZGIyQcCT#RiskAlert #ThirdPartyRisk #Boeing

You can receive Supply Wisdom’s insights and newsletters on critical third-party risk events right in your inbox. Subscribe here. 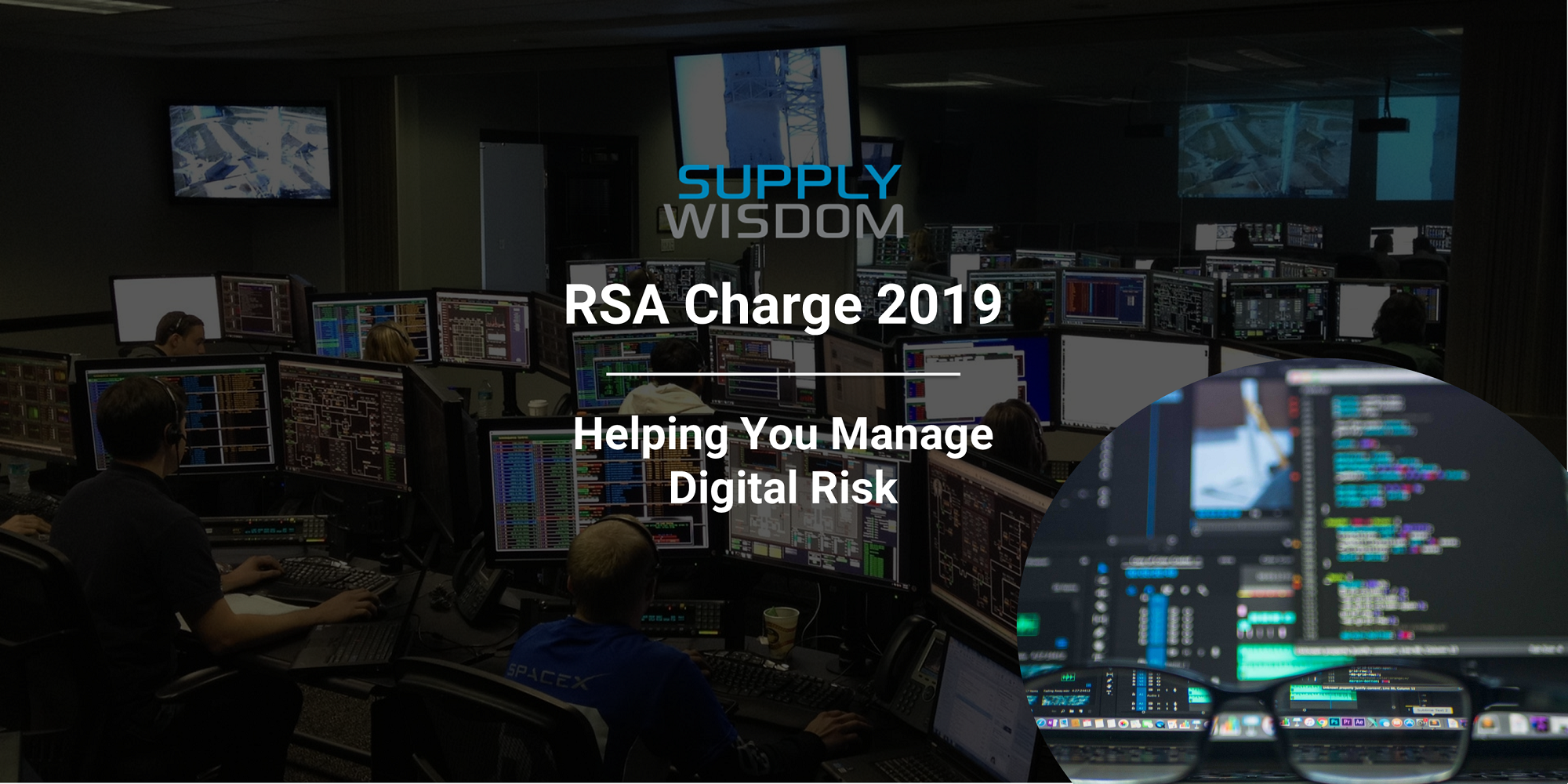