What to Watch for in Rest of 2013 and Onwards 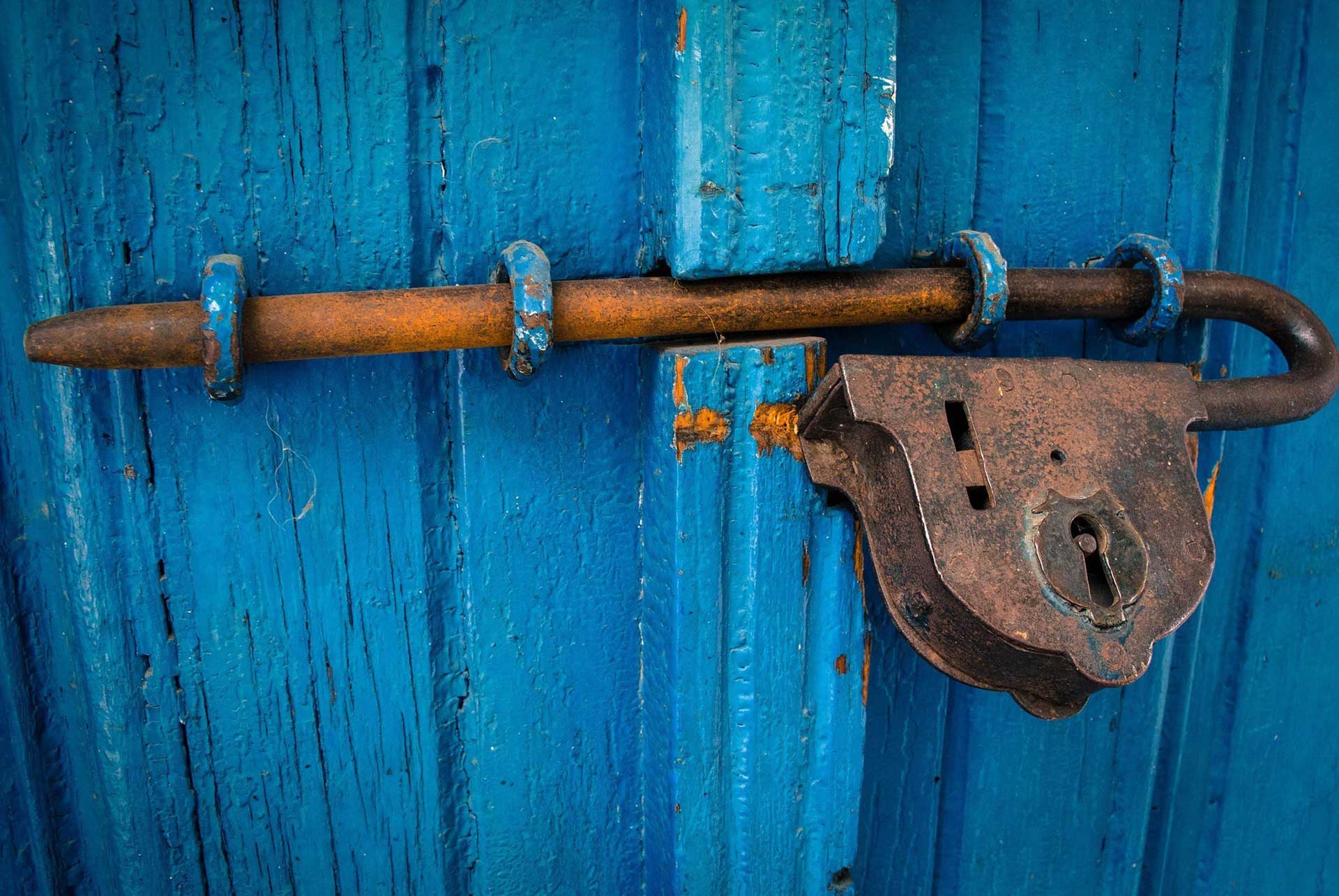 The following summarizes some of Q2’s more interesting developments from around the world as extracted from Neo Group’s Global Supply Risk Monitor℠ (GSRM℠), which tracks hundreds of the world’s leading Countries, Cities and Suppliers in the global services and sourcing realm. From thousands of observations, we’ve filtered a number of key highlights from Q2 with potential impact in the periods ahead.

Here’s what to watch:

1. The Rupee x Three? Perhaps the biggest ongoing news was the continued currency slide in the world’s largest offshore destination as the Indian Rupee hit lows of 60.76 per US Dollar. Paired with a high fiscal deficit and continued heavy capital outflows, the trend points to 2013 becoming the third straight year of net Rupee/USD depreciation with the accrued 2013 slide fast approaching 2011′s 18.8% overall decline. In the short run, the trend helps boost some suppliers’ results, but in the long run it may lead to buy-side clients seeking contract concessions. To read more, check out this recent article by CIO Magazine, How IT Outsourcing Customers Can Benefit from Weak Rupee.

2. Shanghai Goes Free. In China meanwhile, the State Council approved Shanghai’s newest Free Trade Zone. Don’t hold your breath for instant action, though – the new zone won’t be completed for another 10 years. Once finished, it could prove an alternative to the Hong Kong Free Trade Zone; although the latter has been highly desirable due to its sound legal system and market openness. In any case, a new Free Trade Zone is always an attractive option for opening new supplier delivery- or company-owned centers. Not content to stand still on the SEZ front, the Indian Government did away with the minimum land requirements for SEZs and has agreed to exempt service tax charges on developers and units operating within the country’s special economic zones (SEZs). The moves should benefit India’s IT industry.

3. Philippines Uptick. Over in the Philippines, strong government stability compelled rating agency Fitch to upgrade the country’s debt ratings from a ‘BBB-’ to ‘BBB’. That move should help prompt more investors to enter or enlarge their presence in the market. Over time, this will lead to a more mature outsourcing market.

4. Visas Down Under. During the quarter, Australia proved that the US is not the only buy-side location exhibiting anti-sourcing sentiments on the Visa legislation front. On June 28th the Australian Government passed changes to its ’457′ temporary work visa programs. These changes include a requirement that companies must hire Australian workers before considering immigrant workers for open positions, and they must pay Australian market salary rates to any foreign workers they do employ on a 457 visa. This could invariably increase supplier rates, as suppliers will end up spending more on offshore personnel traveling to Australia on 457 Visas, similar to the current US situation.

5. Split City. Country risk alone never accounted for all location risk, and India’s Hyderabad provided perfect evidence this past quarter. Political uncertainties again rose towards the end of the quarter, as the Telangana issue gained momentum ultimately leading to the bifurcation of the current state of Andhra Pradesh. Hyderabad is likely to serve as the joint capital. Tax revisions may be on the horizon. Hyderabad may adopt the VAT rate of either Telangana or AP. For a kicker, the city also faced increased power outages and an overall power deficit. While investors will explore coming back to the state, there remains much uncertainty around distribution of revenues, natural resources (power, water), tax rates, etc.

6. Mind Thy Neighbor. Q2 also offered us a reminder that Location Risk may not be a function of only the offshoring country in question. Pollution hit a peak in Malaysia, caused by smoke fog from Indonesian forest fires (??). That’s right, Indonesia. Malaysia had to declare a state of emergency in Johor. Schools and colleges were closed as the air pollution index in two districts exceeded 750 points, versus an acceptable level of 350 points. This is likely to bring down the Quality of Life rating in the country, always closely watched by ex-pats.

7. Vietnamese Boost. Vietnam’s software development industry posted strong growth in Q2 2013. The primary driver was Japan shifting from Chinese to Vietnamese providers (maybe they couldn’t wait around for that Shanghai Free Trade Zone). Moreover, economic recovery in the US, France and Germany also had a positive impact on the Vietnamese outsourcing industry. Despite these advances, the industry still faces difficulty in identifying new markets; evident in the fact that 70% of the total software export is attributable to Japan.

8. Enter Mother Nature. Geo-political risk was seemingly everywhere in Q2. India witnessed devastating floods in Uttarakhand in mid-June with over 6,000 feared dead, while Mumbai experienced monsoon rainfalls that disrupted trains, planes, automobiles and busses, stranding thousands of industry commuters. A major earthquake in the Sichuan Province of China killed 194 people and injured more than 12,000; while metro-Manila experienced massive June floods that paralyzed parts of the city. As if to again prove Geo-Political Risk is not limited to developing nations, torrential rains and severe flooding tormented Western Canada, and severe thunderstorms and snowstorms affected other parts of the country including Newfoundland, Saskatchewan, Manitoba, Ontario and Alberta, all leading to massive power outages. In Brazil, people proved as disruptive as Mother Nature herself as nationwide strikes brought millions of people to the streets over several weeks in a fight against corruption.

9. Bigger Pay Days. In Supplier news, no fewer than three Tier-I provider companies – Infosys, Wipro and TCS – announced wage hikes in the range of 6% to 8% for offshore employees and 2% to 3% for on-site employees. Meanwhile attrition rates ranged from 11% to 17% across GSRM covered suppliers. The equation means more stability, but perhaps some forward margin pressures, too. We’ll have to wait and see.

10. Inorganic Growth. Acquisition activity was significant during Q2, with Accenture agreeing to acquire Mortgage Cadence, closing on the acquisition of Acquity Group and Fjord, while IBM closed acquisition of SoftLayer Technologies and CSL International. Not to be outdone, TCS completed the acquisition of French enterprise solutions provider Alti SA. Perhaps more interesting than these acquisitions is WIPRO’s minority investment in Opera Solutions as well as its investment of $5 million in Leading M2M Platform Axeda. Investments in Big Data Analytics and cloud-based machine-to-machine companies may speak volumes about where the industry is heading.

11. The Tax Man Cometh? (Why stop at 10 when there’s an incident with potential impact to the industry’s future dealings?) On the heels of Vodafone, Nokia and Shell, industry provider WNS is the latest multinational that has come under the microscope of tax authorities on the subject of transfer pricing practices. Tax authorities in India are seeking an additional $101.9 MM, stemming from WNS’s acquisition of the UK-based Aviva’s BPO services. The company, however, has challenged the Income Tax (I-T) notices in the courts of law. Stand by for more.

These, and many other developments in the second quarter ending on June 30, remind us that the countries, cities and suppliers we turn to for effective global delivery are ripe with constantly changing risks – and constantly changing opportunities – that require proactive monitoring in order to achieve program success.

Global Supply Risk Monitor (GSRM) is the leading cloud-based supply data, analytics and monitoring subscription tool. GSRM monitors location and supplier risks and opportunities on more than 350 parameters across 50+ Countries, 100+ Cities, and 200+ Suppliers. To learn more about GSRM visit us at http://www.GlobalSupplyRiskMonitor.com or contact us at info@neogroup.com. 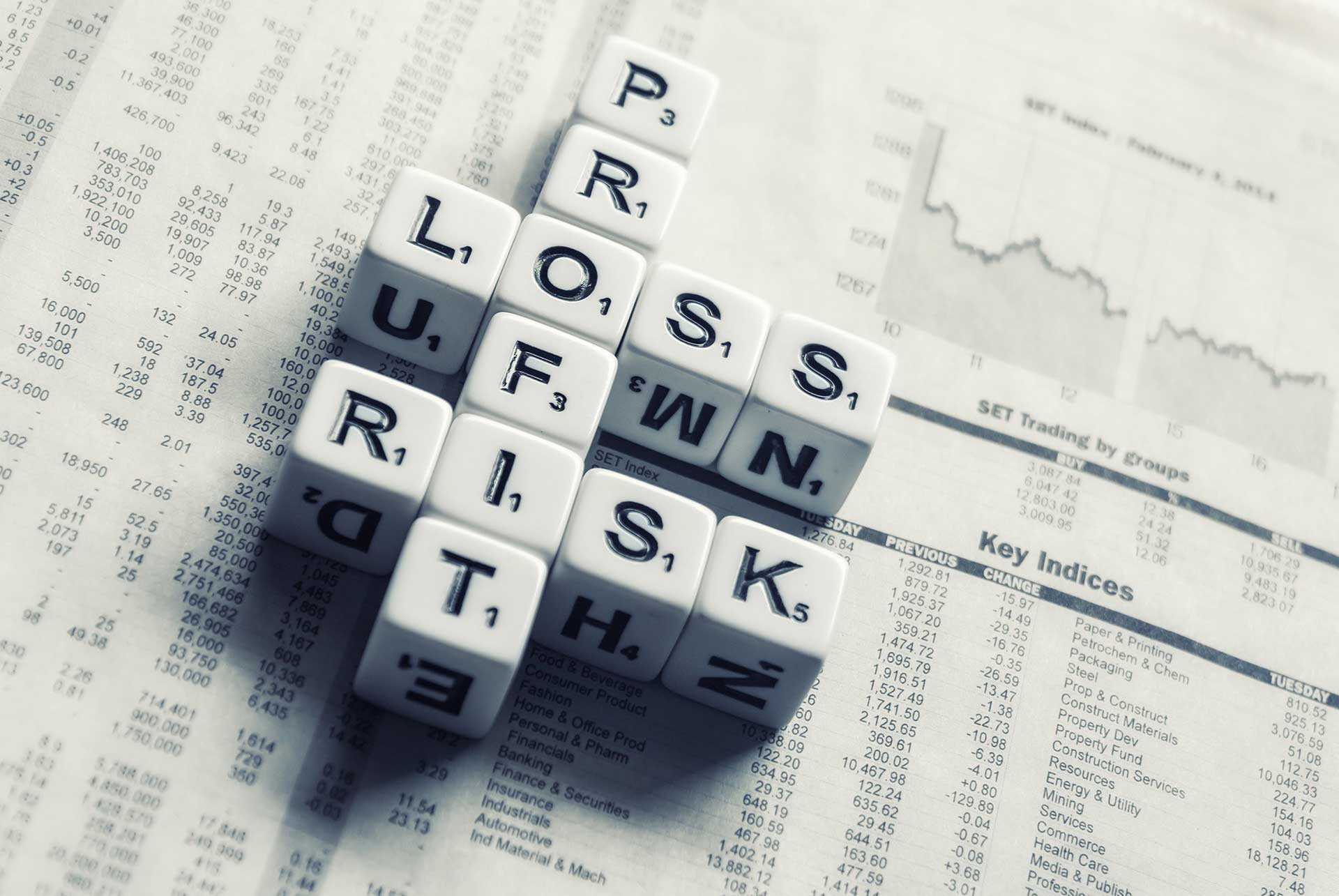 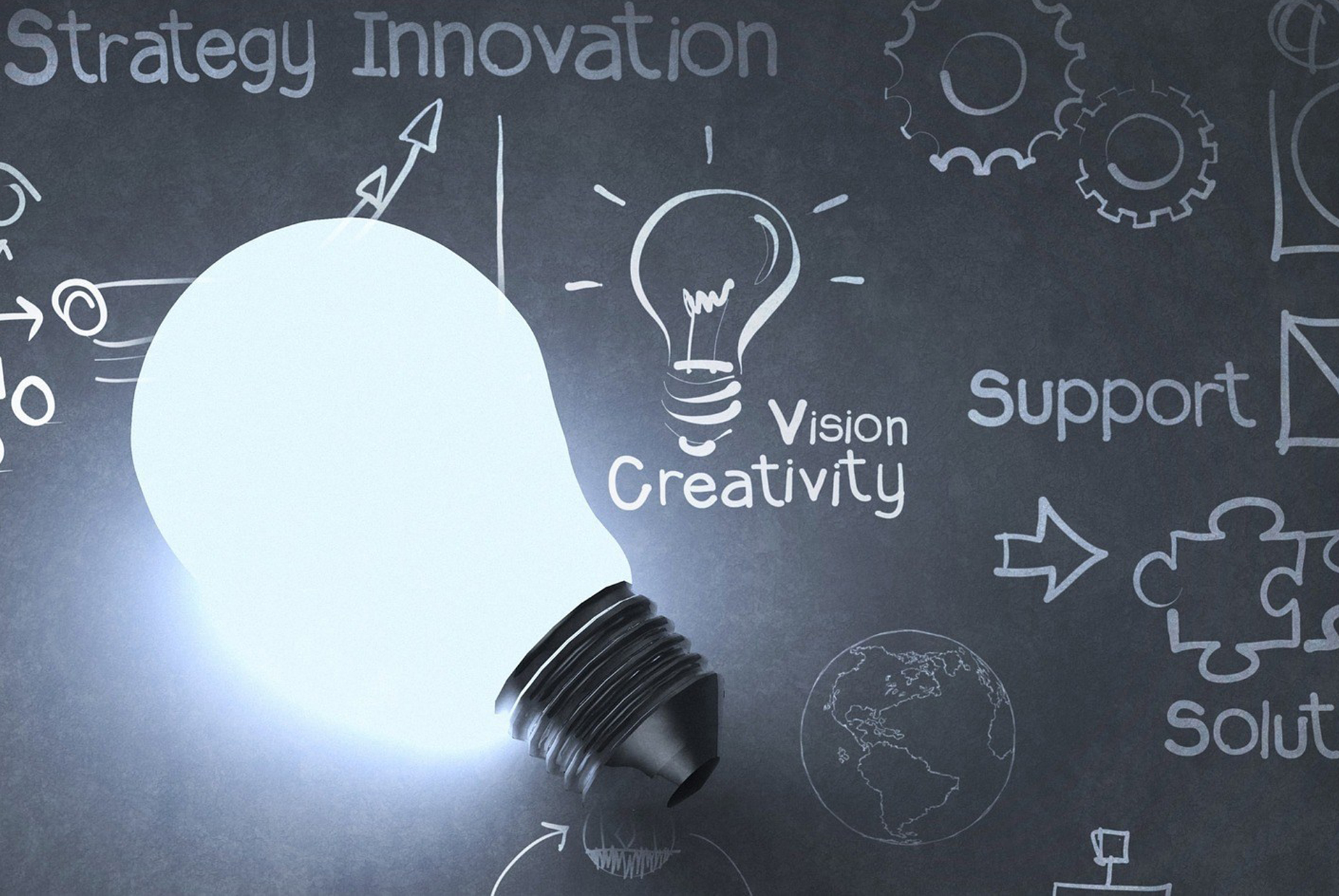 Digital Convergence Demands a New Governance Approach. Are you Ready? 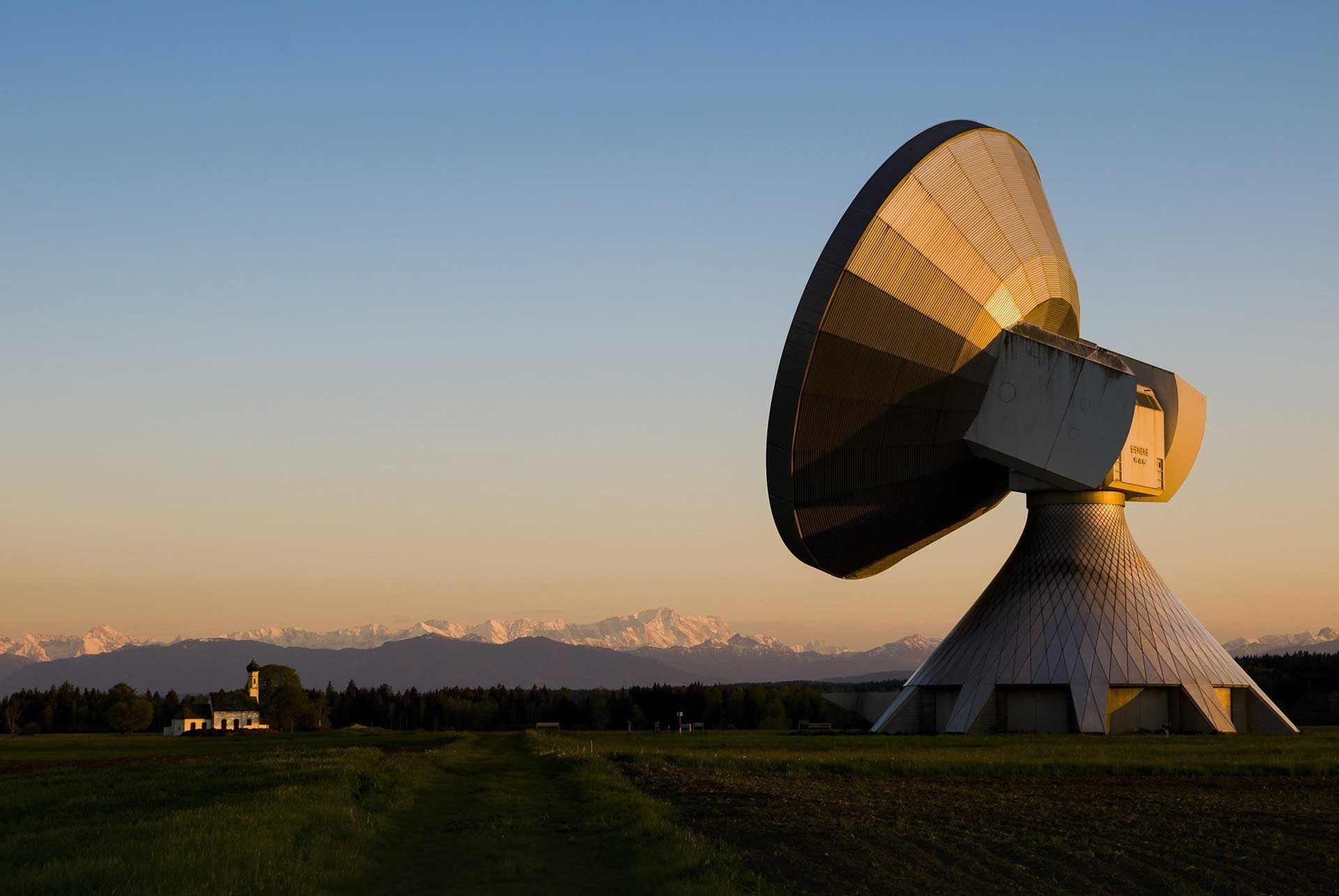 Third Party Oversight: Is Location Risk Monitoring on your Radar?